This month in our artist spotlight, we had the chance to sit down with the man behind VoidRealm Minis, Kent Caldwell. If you follow any of the FaceBook groups centered around 3D printable minis, you’ve likely run across his work. He has a very distinct (and often creepy) style centered around cosmic horror. With an extensive background that spans through everything from acrobatics to dioramas, we really enjoyed our time getting to know Kent, and his work a bit more. In addition to selling his work on MiniHoarder, he also runs a Patreon account. We encourage everyone to give them both a look.

For every Artist Spotlight, we have one of the artist’s miniatures professionally painted by our friend Chris at The Spotted Painter. Kent chose his new moon beasts, and Chris did a phenomenal job painting it. Above are the final images. If you’d love to print this beasty out and give it a paint job of your own, you can find it here. 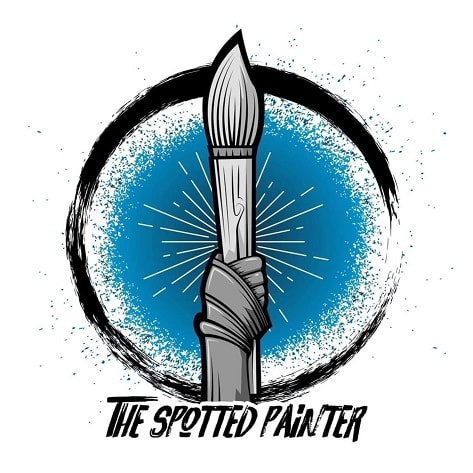 MH: Last week we started of with a question about the origin of the studio name. It seems only fitting to start there again. Where did you get the inspiration for VoidRealm Minis?

Kent: The pandemic in 2020 changed my life overnight; I went from performing nightly with Cirque du Soleil in Las Vegas (I’m an acrobat) to finding myself unemployed and my industry decimated in what seemed like the blink of an eye. I always knew one day my career would move away from performing, but I never expected it to happen so suddenly, nor that the entire live theater industry – where I had my professional network – would essentially disappear. I felt, quite literally, thrown into some Void or alternate dimension. In Spring of 2020, I was starting to realize that I could channel my decades of experience as a Fine Artist into a creative practice that was potentially sustainable for me, while also allowing for a large degree of creative freedom. In trying to brand something from the ground up, I liked “VoidRealms” because it implies a landscape or cosmos that is unknown and mysterious. It’s also a subtle tip of the hat to my workflow, since I sculpt in Virtual Reality (VR… VoidRealms… get it?!).

MH: You have a very unique style to your sculpts. What inspires your designs and creatures?

Kent: I get this question a lot, and I think there are several driving forces that give my sculpts their style and flavor:

Firstly, sculpting in VR gives my work (ironically) a very handmade feel in a way that Zbrush does not. I still use Zbrush for surface refinement and tooling, but I do most of my sculpting in VR. Being able to “hold” the object in your hands, spin it around, and extrude / carve digital clay in 3D space is incredible. When I want to make a curving tail or a nasty tongue, I’ll stand up and make a sweeping gesture with my shoulder to draw out the curve.

Also, my Fine Art (dioramas) are all about world building but in a way that is very suggestive, almost poetic; I like to imply deeper narratives without spoon feeding it to the viewer. I adore video games like Hyper Light Drifter and Blasphemous, which both do this quite well. I love creating characters and monsters that have these rich narratives implied in their design.

When I work, I like to surprise myself and let the sculpture “speak to me” in a way as it takes shape. I have a lot of traditional fine art training and have studied anatomy a fair amount, but I do not come from the concept art / movie art / character design fields. I’ve been designing concepts for myself for years without answering to art directors or using that traditional industry pipeline. I treat the initial sculpting phases as part of the sketching / design process and do very little sketching. I’m constantly looking for opportunities to take the sculpt in new directions that I wasn’t expecting while I’m building it.

A good example of this is the model “Vol’Shorm” from my current Patreon bundle. Vol’Shorm was designed almost entirely in 3D. I originally had him flying / elevated and balanced by a tail, but felt he worked better grounded, like a lot of the old 60s Kaiju from Japanese series like Ultraman. The “head” of the strange serpentine thing in his belly also went through several iterations and the silhouette changed until I landed on the final form. This keeps the process exciting and fresh for me, but without a clear sketch or direction, you have to rein yourself in from time to time and be willing to make decisions and nix elements that you may have initially liked a lot – definitely a balancing act.

MH: Just as unique is your method for doing sculpts. You’re one of the few artists we know to work almost solely with VR. Can you tell us more about your setup, and how you got into that as opposed to a more traditional work flow?

Kent: I use an old Oculus Rift CV1 (first generation!) that I got back in 2016, tethered to a PC with a strong graphics card in my home studio. I downloaded a couple of games, but took pretty quickly to the software “Medium,” which I still use to sculpt to this day. Using Medium was like discovering drawing as a child; suddenly I was putting on the headset and “sketch-sculpting” every day, ravenously. I couldn’t get enough – I didn’t have to motivate or discipline myself or force myself to create daily habits, it just flowed so naturally to sculpt in VR and brought me so much joy. My output became quite prolific, if unrefined.

MH: It should be noted that you’re an artist of many different formats, and that you are trained as a Cirque Du Soleil performer. How did you make the jump from that to digital sculpting, and has it had any sort of impact on your art?

Kent: When I went to the University of Michigan (2010), I competed on the varsity NCAA gymnastics team and earned a BFA in Fine Art. I’ve been a gymnast my whole life, as well as a visual artist. It was really the pandemic and the job layoff that pushed me to consider how I could monetize my skills as a sculptor in a field that would give me a lot of creative freedom.

MH: We are so thrilled to be able to celebrate your one year anniversary with you. What are some of the biggest takeaways or lessons you’ve learned over the past year as a digital sculptor?

Kent: I still get so much joy when people discover my work and are excited by it. Nothing is more thrilling in this field than when a happy Patron takes the time to print one of my pieces and personalize it by painting it in their own style. This is a really humbling lesson in reminding me that I am sharing my work with many other people, and inspires me to constantly push myself and my sculpts to new levels.

Probably the biggest lesson I’ve learned through the VoidRealm Minis endeavor is the strength and importance of consistency and iteration. The more you sculpt in a particular format (like mini sculpting) the more you find ways to push the technical execution and aesthetic quality of the sculpts. My sculpts 1 year ago for VoidRealm Minis are almost embarrassing for me to look at now… my current stuff is much more refined, smartly designed, and visually stronger. However, my skill level and knowledge as a sculptor really hasn’t changed at all in the past year. The difference is that I now understand how to really push my sculpts merely from the act of having made dozens (hundreds?) of them for people over the past year.

MH: This past month has included some really incredible looking sculpts. Would you mind describing these a little more, and telling us about your inspiration for them?

Kent: I decided to create a bit of a mixed-bag for the lineup in July with several gargantuan monsters as well as some smaller creations. I decided to pull directly from the Cthulhu Mythos a bit, settling on the “Dreamlands” as a theme and do a take on Moon Beasts and the Hound of Tindalos. Both are statted in Sandy Petersen’s “Cthulhu 5e” book – a wonderful 5e sourcebook that’s so much more than a mere monster manual.

Rather than simply reposing the moon beasts to make variations, I decided to use some of the same components – heads, hands, etc., but to re-morph the bodies between varieties since, in the Lore, they have shapeshifting abilities. With the Hound, I wanted to do something a bit more enigmatic as it technically lives “in the angles of time” – whatever that means! There have been several great Tindalos hounds done by other designers before, so I settled on a simple design that would be easy to print, recognizable, but somewhat unique.
I absolutely love “Kaiju” in all of their strange, bizarre forms. There’s nothing like a bizarre titan to really spark that feeling of childhood joy for me, and so I had a lot of fun sculpting the larger guys. “Vol’Shorm” is inspired directly from the Kaiju in old Japanese action series like “Ultraman.” You almost get the feeling that he could be played by a human wearing a costume on one of those sets. I needed to create a Guardian or counterpart to Vol’Shorm, so I conceived “Batan Hisnu,” an original concept as a protector of death. I had fun in my head playing with the idea of this angelic figure residing over death as an essential part of Universal harmony, while Vol’Shorm – being very other and destroying matter via “obliteration” – was the “real threat” so to speak.
The Corrupted Purple Worm was a collaboration with Chris Sigler from the 5eMagic.shop. In designing the tail, I thought it would be fun to make it its own, sentient entity with the ability to spawn these flying demon serpents – this is an example of me riffing while I sculpt to try and come up with something novel for the tabletop.
I also had to throw in an Astral Dreadnought because, you know, how can you NOT sculpt something so iconic when doing a series of inter-dimensional Kaiju?
Overall, I felt it was fun to celebrate my anniversary month with more of a “random” variety of beasts rather than linking them so closely together. Hopefully this will be well received, as it could be the start of a fun annual tradition for VoidRealm Minis!

MH: Do you have any advice or folks who might be just starting out with digital sculpting?

Kent: I could probably write a novel answering this question, but here are some quick tips:

I also live-stream sculpting sessions on YouTube where I chat about techniques and design.

We had a fantastic time talking to Kent  and really appreciate him taking the time to chat with us. We’d also like to give a well deserved shout out to Chris Spotts for doing such a fantastic job on painting the Moon Beast. More of Kent’s incredible work can be found here on MiniHoarder, and for those who want access to his monthly sculpts for a single low price, you can do so via his Patreon.

Chris is the painter behind The Spotted Painter, and runs a YouTube channel and can be found via his FaceBook page.

If you’re an artist and would like to be featured in our Artist Spotlight, give us a shout at hoarderhelp@minihoarder.com.